At the end of September in Chongqing, China I was walking down the street when I spotted an interesting site. Three woman were near a gingko tree. One woman was climbing a ladder propped against the tree and knocking down the seeds. Another was sweeping the seeds into a pan and putting the swept seeds into a plastic bag the other woman was holding. It was clear that it was time to harvest gingko seeds.

The next day, I came to the same spot prepared for harvest.  There were two separate groups shaking trees and collecting the seeds.  Not being a particular fan of climbing the tree I grabbed and stick and started throwing it at the seeds in the trees. Sometimes I knocked bunches down right away, other times it took several tries before success. I would pick up the seeds and move onto the next tree when I removed most of the seeds or I couldn’t reach the higher branches. After an hour I had gathered all I could.  I realized that if I had started a few days before I would have gathered so many more seeds as the trees had been mostly harvested and picked of the seeds. Still, I was happy because some was better than none. 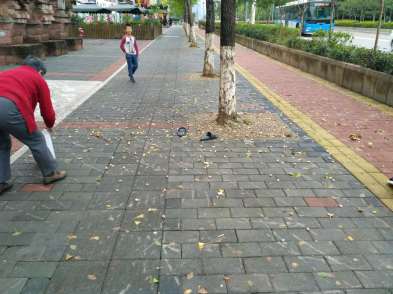 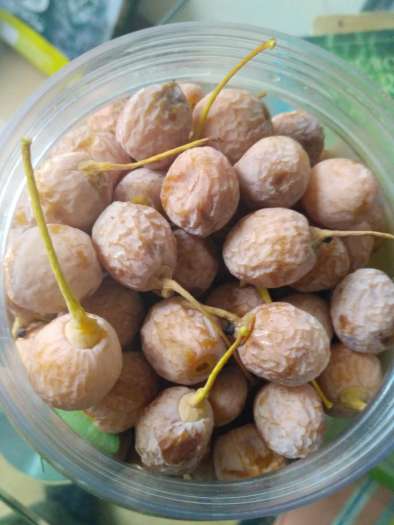 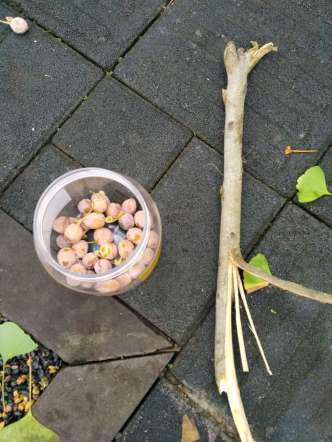 I had to pick the outer covering off the seed which looks but technically part of the seed called a sarcotesta. This false fruit has buteric acid which gives it the smell of rotten eggs. Removing the sarcostesta and washing the seeds with a fair amount of scrubbing will remove the smell.

I cracked some seeds shells. The nut-like gametophytes are below. 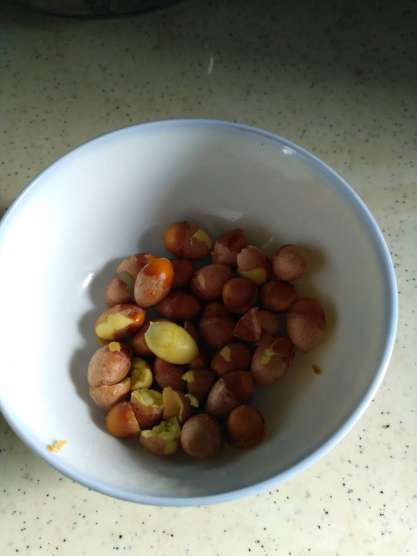 I mixed the gingko seeds into some wet rice and cut Sacred Lotus roots and boiled the rice to make a porridge.

Gingko seeds have a chemical 4′-0-Methylpyridoxine which is very close to vitamin B6 (Pyridoxine). Eating a very large quantity of these in a diet which  is low in Vitamin B6 could poison you as your body will absorb this in the body receptors that absorb Vitamin B6. This neurotoxin is not killed by heat. B6 is found in vegetables and a large amount is in the lotus root as well as well as beef, potatoes. 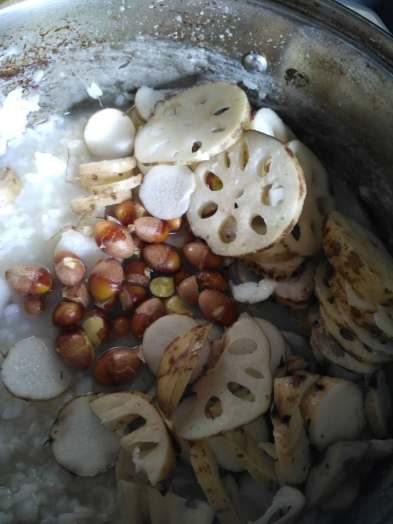 This porridge I made was intentionally bland and I ate it with seasoned meat and vegetables.

Identification: Gingkos leaves are unique in the leaves fan out and typically form two lobes. The veins of the start from the base of the leaf and don’t intersect.

Time of Year: September and October in the fall, depending on climatic conditions

View all posts by gregsandford